In a major victory for both President Trump and national Republicans, North Carolina GOP state Sen. Dan Bishop was projected to win a fiercely contested special U.S. House election for the 9th District that was widely seen as a bellwether for the president’s chances in the 2020 election.

Even Democratic Congressional Campaign Committee (DCCC) Chairwoman Cheri Bustos acknowledged that the president contributed to Bishop’s win, writing in a statement that “we fell an inch short tonight, but it took more than $6 million in outside Republican spending and a last-minute Trump rally” to seal Democratic candidate Dan McCready’s fate in the 9th District.

McCready’s campaign spent approximately $4.7 million on the race, while Bishop’s spent only $1.9 million. Outside spending primarily from national party committees helped Bishop to the tune of $5.8 million, though, compared to McCready’s roughly $1.4 million.

The clean sweep heartened the president, who has long emphasized the national implications at stake. Trump unloaded on McCready in the fiery rally on Monday night, telling attendees that “to stop the far-left, you must vote in tomorrow’s special election.”

“Dan Bishop was down 17 points 3 weeks ago,” Trump wrote on Twitter. “He then asked me for help, we changed his strategy together, and he ran a great race. Big Rally last night. Now it looks like he is going to win. @CNN &@MSNBC are moving their big studio equipment and talent out. Stay tuned!”

He added: “BIG NIGHT FOR THE REPUBLICAN PARTY. CONGRATULATIONS TO ALL!”

“The voters said no to radical, liberal polices pushed by today’s Democratic Party,” Bishop said in a victory speech.

GOP chairwoman Ronna McDaniel said the wins spelled trouble for Democrats in 2020, and highlighted the importance of Republican National Committee (RNC) efforts in North Carolina — where the party will hold its national nominating convention in 2020.

GOP BUYS JONOSSOFF.COM DOMAIN NAME BEFORE DEMOCRATIC CANDIDATE CAN GET TO IT

“Despite being massively outspent by Democrats, @realDonaldTrump rallied voters and put Bishop over the top,” McDaniel said. “A huge win for the president and our grassroots field program that’s working hard to elect Republicans in 2020!”

The RNC had been active on the ground in North Carolina working on the special elections since June. The party has brought on nearly two-dozen full-time staffers and invested more than $1.5 million in the state, while also making nearly a half-million voter contacts through phone-bank work and door-to-door canvassing.

With 100 percent of precincts reporting, Bishop led McCready by 3,937 votes, 96,081 to 92,144, in the race to represent the 9th District. Bishop ran up substantial numbers in outlying areas and McCready eroded GOP advantages in suburban areas. 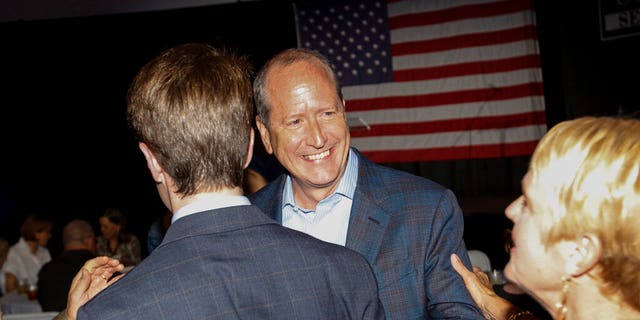 “North Carolinians rejected the Democrats’ socialist agenda and elected a representative who will defend North Carolina values, and will always fight for freedom and against socialism,” he added. “I look forward to working with Dan in Congress to hold the Democrats accountable for their extreme agenda.”

Analysts had warned that the cloud from the fraud scandal could have harmed Bishop’s prospects. Additionally, polls apparently showing Trump’s declining national popularity — which the president has dismissed as inaccurate — gave Democrats some cause for optimism. The president said Monday he did not consider Bishop’s race to be a bellwether for 2020. 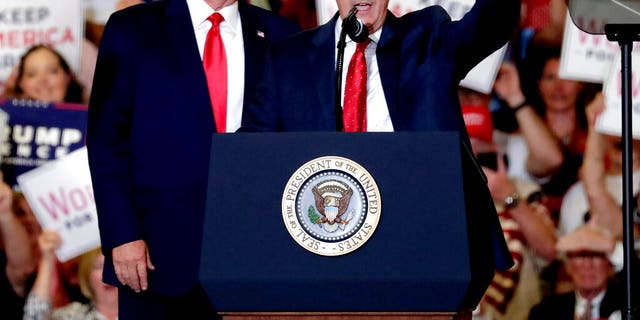 Nevertheless, Bishop and Murphy were evidently boosted by pair of visits to the district Monday by both Trump and Vice President Mike Pence.

At the rally Monday, the president specifically called out McCready as a dangerous proponent of “sanctuary cities” and rolling back gun rights.

“Just recently, Mecklenburg County set free an illegal alien charged with first-degree rape and crimes against a child,” Trump said, his voice rising. “Support for sanctuary cities is disloyalty to American cities — and McCready wants sanctuary cities, with all of their protections for people who are serious criminals. Tomorrow is your chance to send a clear message to the America-hating left.”

Had McCready prevailed, it might have suggested GOP erosion and raised questions about Trump’s and his party’s viability for 2020.

“One down, one to go,” Trump wrote on Twitter.

Meanwhile, McCready, a former Marine turned financier of solar energy projects, had banked on the district’s suburban moderates to carry him over the top.

The 9th District, which stretches east from the prosperous Charlotte suburbs into rural areas hugging the South Carolina border, has been held by the GOP since 1963. 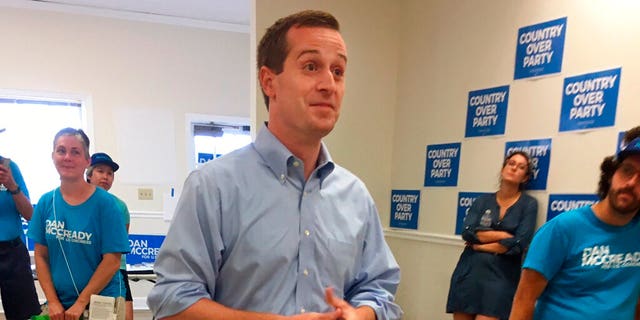 As voters headed to the polls Tuesday afternoon, a new balloting controversy surfaced briefly when North Carolina election officials did not act on a request by the state Republican Party to extend hours at a single precinct. 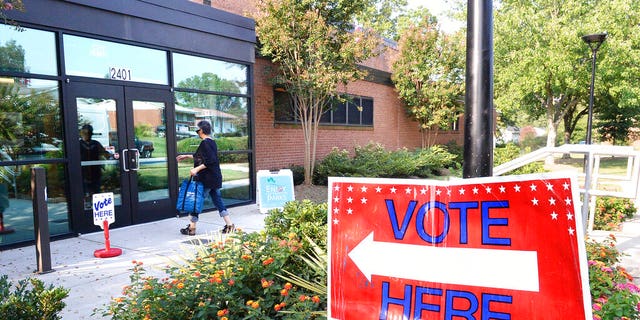 The state GOP asked that the voting site stay open an extra hour and 45 minutes because they said some voters were showing up at an old voting location in Union County, a Republican-heavy area east of Charlotte.

The State Board of Elections met and discussed the GOP request, but took no action.

However, by a 5-0 vote of the state board, one polling site in Mecklenberg County was kept open 25 minutes past the 7:30 p.m. ET closing time due to a reported gas leak. 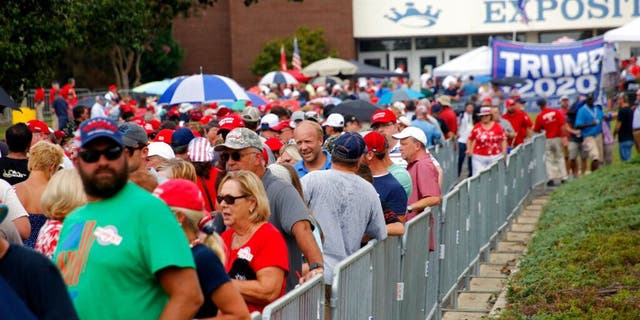 The 3rd District, where Murphy won easily early in the night, was less closely watched because it was strongly expected to stay Republican-controlled. Still, Republicans from the president on down sounded the victory drums.

“Dr. Murphy is a selfless servant who is dedicated to conservative values,” Emmer continued. “Today, North Carolinians rejected the socialist agenda of the Democrats and voted for freedom. I look forward to working with a consistent conservative like Dr. Murphy in Congress.” 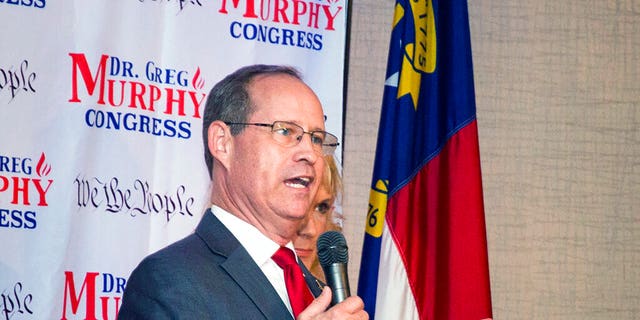 The 3rd district extends from the Virginia border and Outer Banks to the Marine Corps’ Camp Lejeune, and inland to Greenville. Trump won the district vote comfortably in 2016, and Murphy said at a Trump rally that he would have the “president’s back” if elected.

Thomas is a former Greenville mayor who questioned Murphy’s “blind loyalty” to Trump.

Fox News’ David Lewkowictz and The Associated Press contributed to this report.

California passes landmark bill to treat contract workers as employees in a...